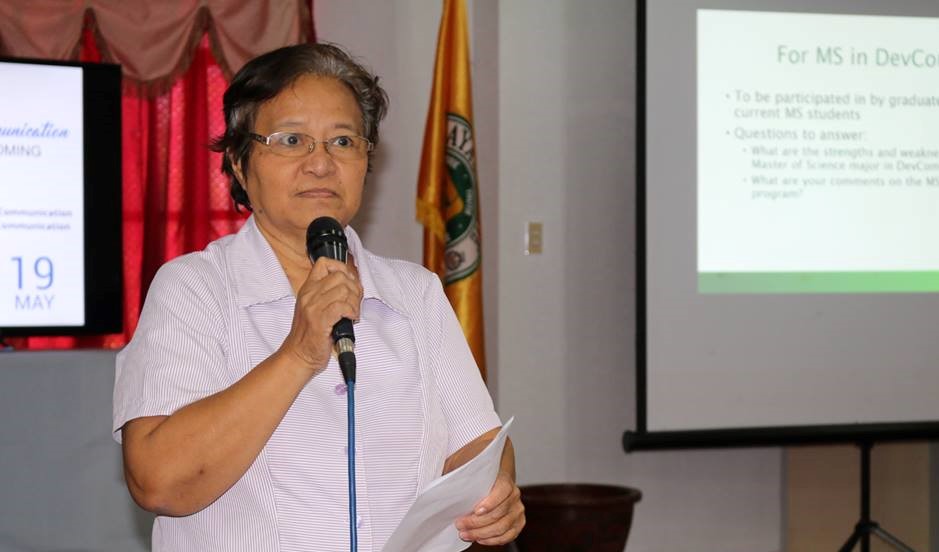 "I never wanted to be a leader," said Dr. Wolfreda T. Alesna.

Who would have thought you’d hear this from someone who has been a leader all throughout her professional life?

Head of VSU’s Department of Development Communication (DDC) for 13 years and of the Information Office for nine years, Coordinator of the Regional Applied Communication Office (RACO) of the Visayas Consortium for Agriculture, Aquatic and Resources Program (ViCAARP) for 30 years and Executive Director of the Visca Foundation for Agricultural and Rural Development, Inc. (ViFARD, Inc.) from 2005 up to the present, Dr. Alesna sure was born to lead. Only, she doesn’t believe in that cliché.

"Anyone can be a leader… and real leaders are chosen and made,” she confidently said. “I didn’t aspire to become a leader, but I was chosen, so I had to be one."

Dr. Alesna took her undergraduate degree in Business Administration major in Banking and Finance from the Southwestern University in Cebu City in 1973 where she was a scholar and a working student as Secretary of the University Registrar. Dr. Alesna pursued her Master’s and PhD degree in Development Communication at the University of the Philippines-Los Baños and graduated in 1979 and 1987, respectively.

Since then, she has untiringly dedicated her life to serving VSU as faculty member and ViCAARP as coordinator of the Regional Communication and Training Unit (RCTU) now renamed Knowledge Management Unit (KMU). As RCTU coordinator, she organized the Region Eight Applied Communication Task Force (REACTF) in June 1986 and closely worked with applied communicators from member agencies/institutions in supporting the programs of the consortium and its cooperating agencies until she retired in December 2017.

She values commitment and loyalty, and highlighted that one should never forget the people and institution that made who you are.

Dr. Alesna became project and study leaders of various research and extension activities of VSU, funded by local, national and even international agencies such as the USAID and AusAID, among others. She has published and produced several materials in print, radio and digital, including the VSU Obelisk, ViCAARP Highlights, and the ViCARP TeknoPinoy Disc which contains popularized research and development technologies/information. She was also happy to announce that the said disc will soon be available online, with the help of the KMU-Regional Management Information Services coordinator.

Dr. Alesna has brought home several recognitions including the Exemplary Award for Extension in 1996, Outstanding RACO Coordinator Award in 2001, Academician of the Year Award in 2003, and the UPLB College of Development Communication Alumni Association (CDCAA) Distinguished Alumna Award in 2008.

For her, awards and recognitions are just bonuses for good work. What is more important to Dr. Alesna are the relationships that were forged in working with different kinds of people.

"The greatest [reward] for me is the knowledge that many people, especially the REACTF members, support me as their leader. It was easy for me to run the show because I know that I have my members’ support and, of course, the head of the agencies/institutions’ support," Dr. Alesna said.

Even with all the prestige she has acquired in her life, Dr. Alesna is still humbled to have started from the bottom until she reached her current position as full Professor VI of VSU.

She added that those blessings drove her to share her knowledge and expertise and build up people especially those with ability and capability so that there will be more people who will support the development programs of the government.

"I want them to grow like me, from being a clerk to becoming a professor. It doesn’t matter how you started, just give your all," she added.

When asked about the secrets on becoming an effective leader, Dr. Alesna answered:

"It’s not enough to be intelligent. They [leaders] should have good values and the right attitude. They should be selfless, decisive yet compassionate. Also, a leader does not compete with his/her members but rather help them," she added.

She emphasized that being selfless means empowering your members so that they can reach greater heights and realize their potentials.

"Give them [staff] the voice, empower them, train them. Look at their strengths and weaknesses. Strengthen them and fill in their weaknesses so that when you’re gone, there would be many who can fill in your absence," she quipped.

Dr. Alesna is currently enjoying her well-earned retirement since December of 2017. During VSU’s 94th founding anniversary convocation on April 26, she received the Mt. Pangasugan Award in recognition of her 42 years of dedicated service and priceless contributions to the development of VSU.

Indeed, Dr. Alesna has proved to the world that women can conquer greater heights with determination, passion and the desire to make a difference. Salute to all women! 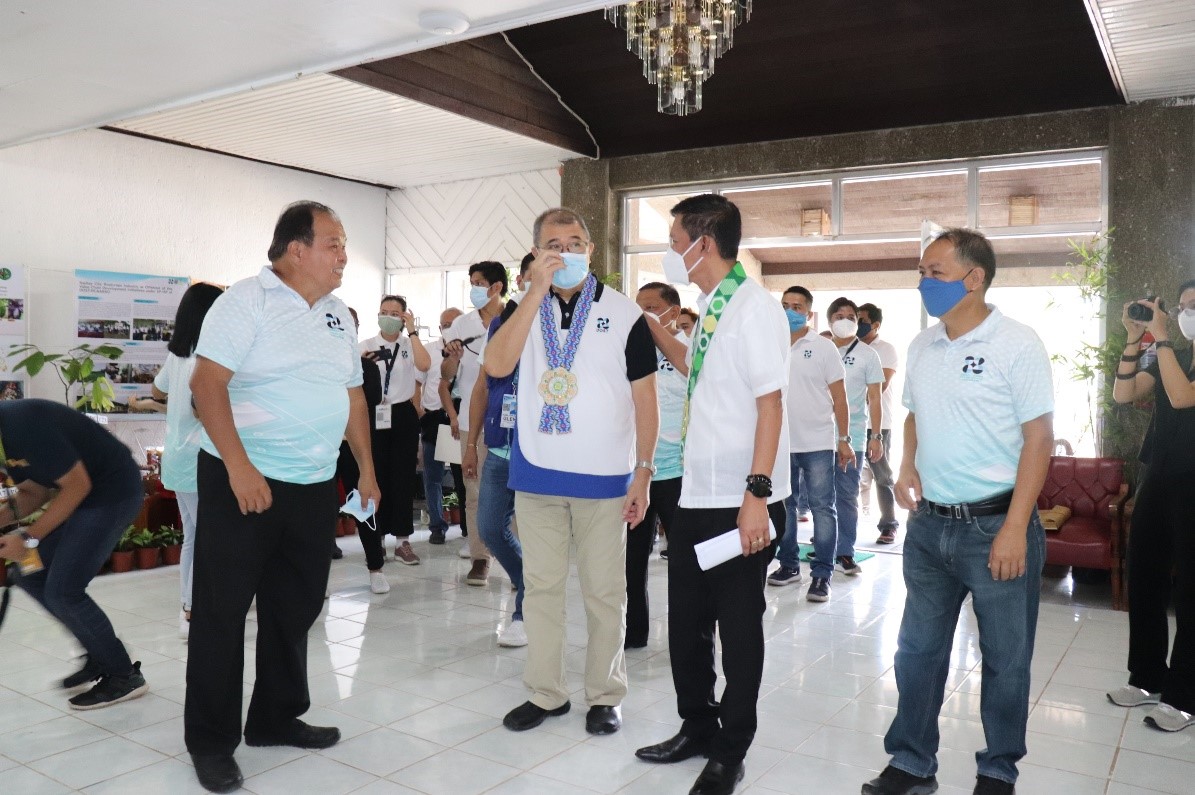 ViCARP receives DOST STARBOOKS: A digital library for every Juan

A leading consortium of SUCs, LGUs and NGAs that catalyzes agriculture, aquatic and natural resources research and development for Eastern Visayas.

To spearhead the planning, implementation, coordination, monitoring and evaluation of agricultural, aquatic and natural resources research and development projects in Eastern Visayas